Falling into the Dragon’s hands – The Fidesz and China (Part II.) 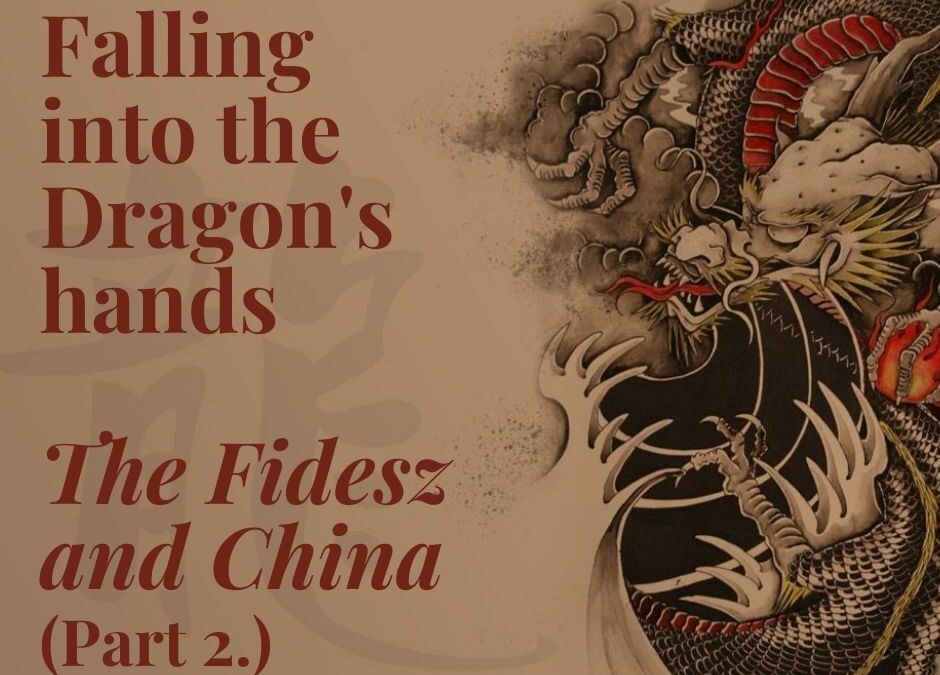 Falling into the Dragon’s hands

The Fidesz and China (Part II.)

In the summer of 2020, the European Parliament adopted a resolution on China. According to this resolution, the EU member states condemn the human rights violations of communist China. The resolution also addressed the erosion of Hong Kong’s autonomy and the repression of the Uyghur minority.
The resolution was voted unanimously by all Fidesz MEPs, thereby obliging Hungary to take into account China’s anti-human activities in diplomatic negotiations and trade agreements with it. Excellent from hypocrisy .
We know very well that the Fidesz government – which enriches its own oligarchs – do not care with anything when it comes to business and making money. When money talks, Viktor Orban’s great national and anti-communist speech falls into silence. But there is no shortage of hypocrisy among the EU’s liberal politicians in Western Europe. Our waist Western liberals are being funded by the leaders of large corporations that are outsourcing their polluting industrial activities to China or – through China – to other poor countries in the developing world. So when they speak about the environmental protection, it is as much authentic as the anti-communism of Orban who enthroned the Chinese Communist monument.
There is currently only one thoughtful politician in world, who opposes China’s world conquest: he is Donald Trump. Yes, the President of the United States, who says no to the liberalism and the same time to the Chinese economic terror. President Trump is preparing for his re-election, much depends on his success. If he wins again, the Orbans should not even dream that he will take them seriously..